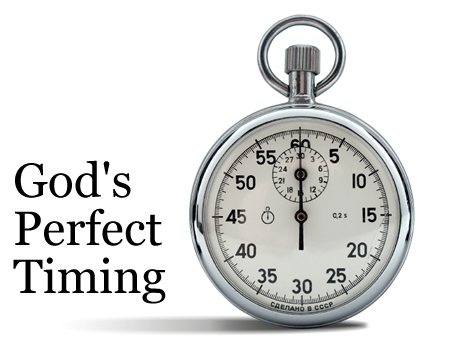 The secret lies in how we handle today, not yesterday or tomorrow.  Today … that special block of time holding the key that locks out yesterday’s nightmares and unlocks tomorrow’s dreams. ~ Charles Swindoll

Do you suffer from impulsiveness? Wikipedia defines it as “a tendency to act on a whim, displaying behavior characterized by little or no forethought, reflection, or consideration of consequences. Impulsive actions typically are poorly conceived, prematurely expressed, unduly risky, or inappropriate to the situation that often result in undesirable consequences, which imperil long-term goals and strategies for success. A functional variety of impulsivity has also been suggested, which involves action without much forethought in appropriate situations that can and does result in desirable consequences.”

When Jesus fed the 5,000, those very people decided that they liked the free food and wanted to make Him King! However, Jesus knew that their own selfishness and not godly timing drove them, so He rejected the plans of those people for the timing of God.

“Then those men, when they had seen the sign that Jesus did, said, “This is truly the Prophet who is to come into the world.” Therefore when Jesus perceived that they were about to come and take Him by force to make Him king, He departed again to the mountain by Himself alone.” (John 6:14–15, NKJV)

Such wisdom requires a sensitive spirit that knows the voice of God and the Word of God well. Being able to sift the plans of the people from the plans of God is one of the telltale signatures of a godly man or woman. This is only accomplished by a life lived in the Spirit, alone from the distractions of the world.

When we choose to listen to God instead of the majority around us, we know we have come to godliness. God will lift up the humble and submissive in His time for His purposes.