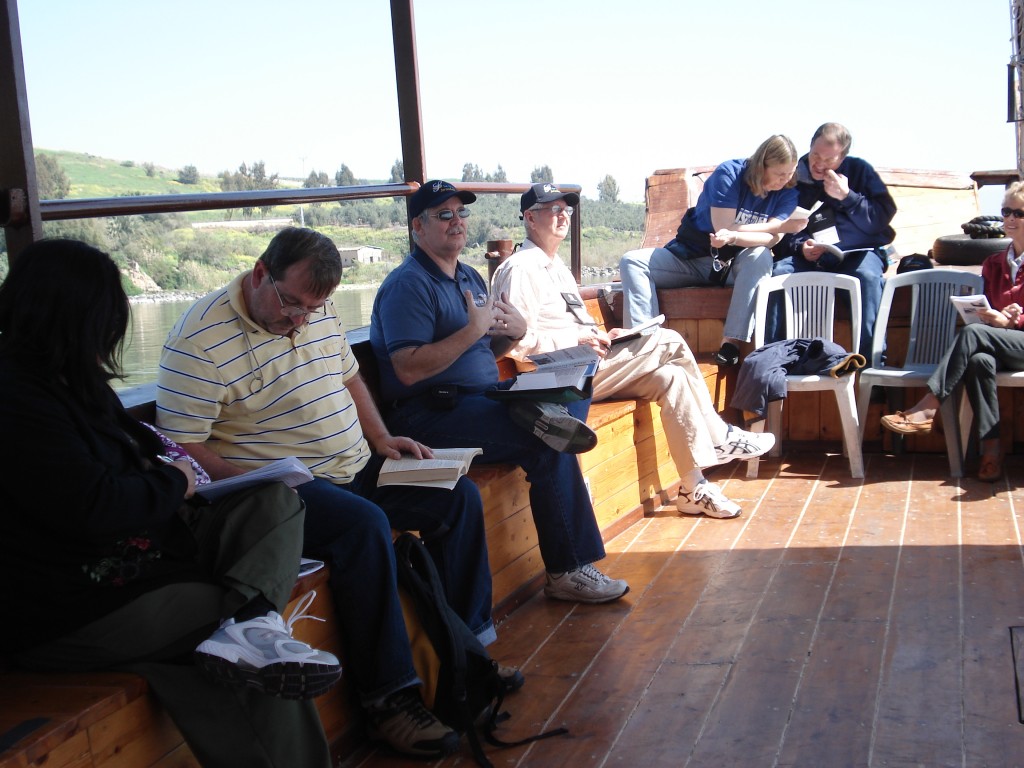 Eagles In Leadership is forming an Israel tour group for February 2013. Dr. Matthew Lee Smith, says, “This 10-day tour will feature extensive time in Jesus’ ministry home in the Galilee as well as Jerusalem. Onsite, short teaching lectures will provide valuable historical, theological and spiritual insight throughout the trip.”

Departing from Los Angeles on February 18th, 2013, (as well as from Chicago and New York for those in other parts of the United States who would also like to participate), Smith will lead his third tour to the Holy Land.

A non-obligation information meeting will be held on July 31 at 3:00 pm at the Pacific Baptist Church campus, 859 Main Street, for all who are interested in learning more.

The tour starts with a boat ride on the Sea of Galilee. Other Galilee highlights will include, but not be limited to, the Mount of Beatitudes, site of the Sermon on the Mount; Tabgha, site of the Miracle of the fishes and loaves and Capernaum, the city of Jesus and Peter.

Sites in Capernaum include the house of Peter and an ancient synagogue where Jesus preached and gathered his disciples.  “This is one of the great opportunities on the tour,” Dr. Smith stated. “When you sit in the synagogue of Jesus, walk to Peter’s Mother-in-law’s house and see the shoreline just past it where the fishing boats of James and John were moored, you gain a great understanding into life in New Testament times.”

Nazareth, the childhood home of Jesus, Mount Carmel, the location of Elijah’s confrontation with the false prophets of Baal, as well as the Valley of Armageddon are included in the Galilee tour.

Bethlehem, the birthplace of Jesus, the port city of Caesarea, built by Herod the Great in 22 B.C., Yardenit, the Baptismal Site of Jesus on the Jordan River, and Beit Shean, a city with extensive Roman Ruins start the southerly course toward Jerusalem.

In Jerusalem’s Old City, the Pool of Bethesda, the Via Dolorosa, the Temple area, Mt. Moriah and the Western Wall all provide ample opportunity for study and discovery. “As a seminary and Bible School professor, it is my privilege to open up the history and theology behind these places,” Smith explained. “As Susan Marcus, long-time Israeli tour guide once told us, ‘When you understand Israel’s geography, you understand it’s history.’ Truly this is what this tour does – it changes even the casual reader of the Bible for life,” Dr. Smith said.

One of the highlights of the tour is the excursion to the fortress of Masada where the Jewish Zealots held off the armies of the Romans before choosing suicide over surrender on April 15, AD 73. “You cannot help but be moved on a visceral level as the story of Masada is explained. Once you comprehend that this is the place where the annual Israeli Defense Forces recruits come for graduation by running the 5 mile “snake path” to the top, you understand the tenacity of the heart and soul of modern Israel,” Smith commented.

One of the favorite stops is the “float” in the Dead Sea before the tour of Qumran where the Dead Sea Scrolls were discovered in 1947.

The tour continues with a visit to the Israel Museum, visiting the Shrine of the Book where the Dead Sea Scrolls are housed and seeing the model of Jerusalem at the time of the Second Temple. Time is provided for prayer in the famous Garden of Gethsemane in the Mt. of Olives. With a visit to the Room of the Last Supper and King David’s Tomb, the tour culminates at the Garden Tomb with a Communion service.

Many more sites and activities are planned on the 10-day tour. Information about the tour can be found on the Eagles In Leadership website.

The informational meeting on July 31 at 3-4 pm is open to the community. For more information, contact Dr. Smith by commenting below.